Minnesota is a state in the Midwestern America. It was created from the eastern half of the Minnesota Territory and part of the Wisconsin Territory and was admitted as the 32nd state on May 11, 1858. The name Minnesota means clear blue water. The state is informally called The Land of 10,000 Lakes, as it has a large number of lakes. Minnesota is the 12th largest state and 21st most populated state in the U.S. It is bordered by Lake Superior and Wisconsin in the east, Iowa in the south, North Dakota and South Dakota to the west, and the Canadian provinces of Ontario and Manitoba to the north. Saint Paul is the Capital

The state ranks 6th in America when it comes to the value of products sold. Minnesota is the largest producer of sugar beets, sweet corn, green peas for processing, and farm-raised turkeys in the nation. It is also a large scale producer of corn and soybeans. Forestry is another important industry in the state. 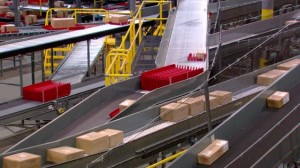 Target Corporation is a retailing company in USA, headquartered in Minneapolis, Minnesota. It is the largest discount retailer in America after Walmart. The company was founded in 1902 when George D. Dayton, a banker and real estate investor, become a partner in Goodfellow’s Dry Goods Company in Minneapolis, Minnesota and later took over its ownership in the following year. The name was changed to The Dayton Company in 1911. Target was born on May 1, 1962 when the company opened its discount retail store in Roseville, Minnesota.

Eventually Target became the largest division of Dayton Company, which ended up being renamed as Target Corporation in August 2000. Target has 1,916 stores in America, and operates in 127 locations in Canada through its Canadian subsidiary. Brian Cornell is the CEO of the company. Target has its warehouses in places like Fridley in Minnesota etc. Click here to learn about the jobs available in the company.

Best Buy Co., Inc is an international consumer electronics retailer headquartered in Richfield, Minnesota. Hubert Joly is the president and CEO of the company. The company was founded by Richard Schulze in 1966 under the name Sound of Music. It was named Best Buy in 1983. Other than the United States, it also operates in China, Canada, Mexico, Puerto Rico. The company has over 1,400 stores throughout the world which includes large-format and Best Buy mobile stores. The company has its warehouses in Minneapolis. If you are interested to gather more information about the company, then visit their official website.

S.P.Richards is a top business products wholesaler in North America. It is a fully owned subsidiary of Genuine Parts Company. Office furniture, computer supplies, general office supplies, presentation products, janitorial goods, etc are some of the major products of S.P.Richards. Apart from this, the company also offers value-added sales and marketing programs, online content and search tools, sophisticated logistics technology, advanced margin management and data analytics programs to the customers. Samuel P. Richards founded the company in the year 1848. It is headquartered in Atlanta, Georgia. They distribute their products throughout Canada and US via a network of 44 distribution centers. C. Wayne Beacham is the current CEO of the company. S.P.Richards has its warehouses in Saint Paul etc. To know more about the company, visit their official website

Home Depot is one of the world’s largest home improvement specialty retailers. House gadgets and instruments, timber, supplies required for painting, plumbing, flooring, gardening, building etc are the products sold by The Home Depot. It was founded by Bernie Marcus, Arthur Blank, investment banker Ken Langone and merchandising guru Pat Farrah, in 1978. The first two Home Depot stores were opened on June 22, 1979, in Atlanta, Georgia. The company has its warehouse in Minneapolis. Click here to learn more about the company and the jobs available.

The companies with distribution centers in Minnesota provide many career opportunities to different people. One needs to carefully choose the right company that fulfills the expectation and  has good career development.