Wal-Mart is an American multinational retail corporation that operates from over 11,000 retail units in 27 countries. It was founded by Mr. Sam Walton in 1962. The company’s headquarters is in Bentonville, Arkansas, U.S. Wal-Mart creates opportunities and brings value to their customers around the world. The company lives by these words “Save Money, Live better” with their everyday low cost strategy, they help people save money, stretch their budgets, and have a better life for their families as well. The company believes that they offer an opportunity and are responsible in making a difference in all issues that matters like preserving our environment, empowering women, fight hunger and provide a way for healthy and affordable food. Wal-Mart is the world’s largest public corporation based on the Fortune Global 500 list in 2014. The company is also one of the world’s valuable companies in terms of market value and considered as the largest grocery retailer in the United States. In 1972, the company went public and traded on the New York Stock Exchange.

The company is creating opportunities to the community by making a positive impact through the grants they provide to thousands of organizations and volunteers to help people live a better life. Wal-Mart also provides more training, market access and career opportunities for all the women, particularly jobs on farms and factories that allow women to have access to the economy. Wal-Mart is committed in getting the healthiest and most affordable food to many people. They support farmers and communities to harvest more food with less resources and waste.

Wal-Mart is continuously growing internationally to create great experiences for their customers who shop with them anytime and anywhere.

Wal-Mart started its humble beginning when Sam Walton, the founder of the company, purchased a branch of Ben Franklin Stores to focus on selling products at lower prices. He was able to find lower-cost suppliers and passed on the savings in the product pricing. In 1962, he opened the first Walmart Discount City located in Rogers, Arkansas. After its first five years, the company grew into 24 stores all over Arkansas. In 1969, the company incorporated as Wal-Mart Stores, Inc. and opened their first distribution center in Bentonville, Arkansas. The company went listed on the New York Stock Exchange in 1972. The first Sam’s Club was opened in 1980, where it served small businesses and individuals. First Walmart Supercenter was opened in Washington, Missouri and the same year David Glass was appointed as the CEO. The company became the nation’s number one retailer in 1990’s and Walmart went global particularly in Mexico, Canada and United Kingdom. In 2000, Mr. H. Lee Scott Jr. took the place of David Glass as CEO. The company topped the Fortune 500 ranking and entered the Japanese market in the same year. By 2009, Mike Duke became the CEO and was taken over by Doug McMillion in 2014 as the new CEO of the company. 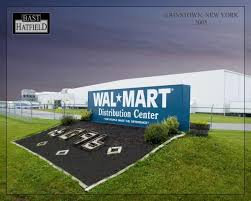 Senior Manager, Strategy LOGS
You will ensure that budget goals are met by developing, directing functional projects and understanding the scope of work. You will advise and guide business units to help them utilize analysis and recommends operational procedures.

Engineer, Logistics
You will analyze and design distribution center processes like the material flow and transport. You will execute, implement engineering projects and provide business solutions.

Com Packer
You will communicate properly with an individual or group either in writing or in verbal, particularly the customers, suppliers and associates. You will fulfil orders and seal container and place labels outside the box.

Specialist
You will be responsible in completing work assignments and complies with the company procedures and standards. You will provide good customer service and supports in processing document and data.

Benefits of Working at Wal-Mart

Wal-Mart takes it pride in offering great benefits for their associates and their families. Some of the benefits are as follows: